Learning from the past — If you can

Being a Dutchman in Indonesia has some advantages. As a member of one of the most ridiculously tall people in the world, in Indonesia I can stand in any packed train or concert crowd and still breathe and see things. The Dutch are also known for their big noses, which gave rise to the moniker Monjet Belanda, “Dutch Monkey” for the rather comical, big-nosed and big-bellied Proboscis Monkey. Those big noses however, come in handy for sticking it into all sorts of issues, and writing about them. 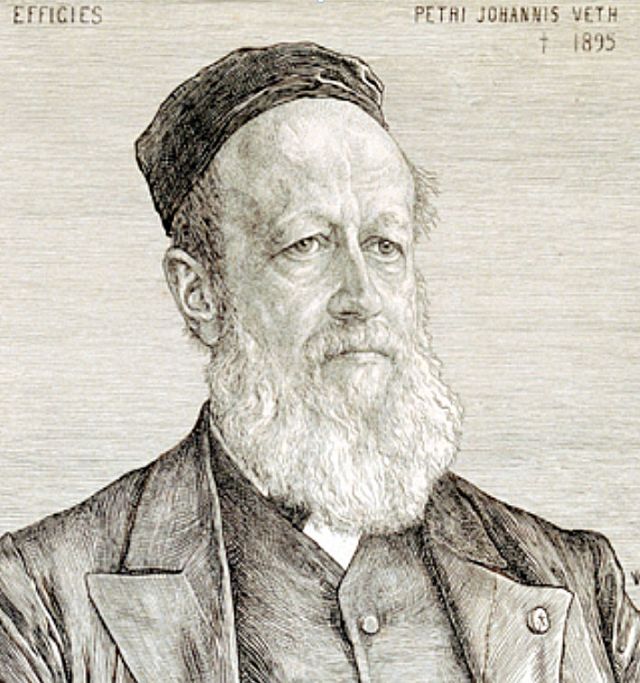 But more than anything, being Dutch means that I know a language that was once commonly used here. It came in handy in my early years in Indonesia for chatting to people, especially older folk, but that’s now disappearing. More importantly, knowing Dutch opens up a wealth of colonial-era literature about the country.

I recently read one of these books, Dr. Veth’s 1875 doorstopper “Java: Geographisch, Ethnologisch, Historisch” — you don’t need to be Dutch to guess what that means. I realized that because few of these works have been translated into English or Indonesian, hardly any Indonesians could actually use this. Now, you may ask why anyone would want to bother with a 140 year-old book? I will explain.

Veth’s book has several volumes that describe in great detail the people, landscapes and history of Java. I am personally most interested in environmental history. Events described include a detailed account of the massive landslide in 1844 in the village Ci Kangareh, near Probolinggo, that killed 176 people after major floods hit the area.

In February 1861, nearly a meter of rain fell within three days in Central Java, with some river levels going up by as much as 18 meters. The resulting floods were so massive that all plant cover and crops in valleys disappeared, all bridges were destroyed, and entire villages were wiped out “with all their houses, trees, cattle, and people. Thousands of people died.” Imagine the impact if such a rain event happened in today’s densely settled Java!

So even in the late 1800s, there were plenty of environmental disasters. And the government understood how this related to deforestation. Nothing new under the sun there.

It is obvious that floods and landslides are not new problems in Java. Nor are mudflows like the one in Sidoarjo that caused major public outcry in 2006. These were actually quite common natural phenomena elsewhere on Java, as described by Veth and others.

There is lots of cool stuff there. I really enjoyed reading the beautiful landscape descriptions, which makes you realize what a magical place Java was, and still is. There are interesting cultural observations, too, such as the apparently common habit at the time of soil-eating. People used to collect clay soils containing aluminum-silicate (or kaolin), which was washed, salted, coated in coconut oil and then fried. Apparently this was highly sought-after as a delicacy, especially by pregnant women, although long-term use was thought to cause a range of illnesses.

I loved the descriptions of Batavia, i.e. Jakarta, as “a giant city,” with “as many as 180,000 people” in its central area and surrounding districts and villages. The “Queen of the East’s” quiet, broad, tree-lined boulevards that more resembled a park than a city seem such a contrast with the car-choked and polluted streets of today.

What about the “Demak hajj,” does it still exist? Apparently in the 1800s when the hajj or umroh would only be feasible for the wealthiest Muslims, there was a reasonable alternative. Going to Demak’s mosque at least seven times, which many thousands of people did, apparently equaled a full pilgrimage to Mecca.

Veth’s book is just one example among many. Junghuhn’s descriptions of Java in the 1850s are unsurpassed. Schwaner wrote beautifully about Kalimantan. There are in fact entire journals and of course many newspapers in Dutch, which provide really interesting insights about what life was like prior to Indonesian independence.

I don’t think many of these works were ever translated. And as Dutch was the official language here until the 1940s, that would basically mean that much of Indonesia’s pre-1940s history is inaccessible to its people. Of course, plenty has been written about the much earlier histories of, for example, Majapahit and Sriwijaya, but that’s much older and maybe more the stuff for legend building and cultural identity.

Indonesian scholars with knowledge of Dutch have certainly been through a lot of this Dutch literature, but it is not common property. This is unlike Malaysia and Singapore, where English was used both then and now, and where many books from before independence are now on the nations’ bookshelves.

I know this is a sensitive issue. But what does it mean if a country basically has a gap in its history, because very few are able to access the written sources?

Understanding the past helps understand the present and predict the future. It would be really good if more of this literature became available in translation and thus would be accessible to a larger audience. I am going to contribute with translations of some of the more insightful articles from “De Tropische Natuur,” my favorite colonial-era journal, but much more work is needed.

16 reacties op Learning from the past — If you can